Sprinkle seeds of life on the bed of children in crisis 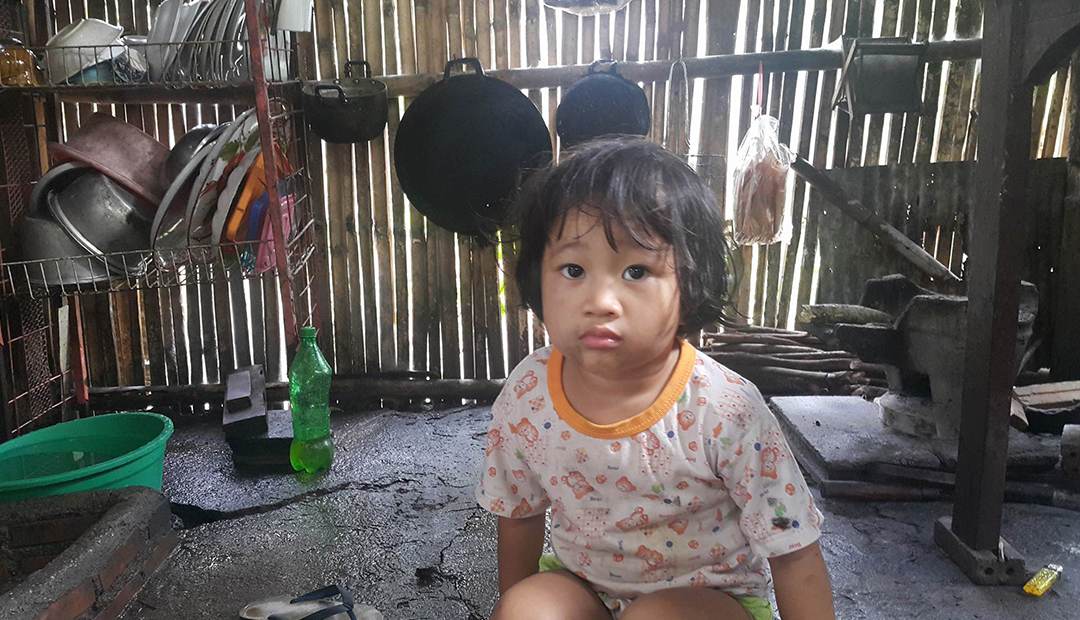 Royal words from Thailand’s late King Bhumibol Adulyadej, given to His people on 10th May 2003

Children are the nation’s hope. They are precious. They are our future.

It is heartbreaking to know there are more than 500 young souls whose living condition is far below standard. They are starving and in need of love and care. Most of them are living with the elders with poor health and have very little income.

"Cream" is one little girl who is less fortunate than many children out there, plus she is in need of loving touch from her parents. Her father passed away when she was only 7 months old from a stigmatized health disease. Sadly, her mother has caught this contagious disease from her husband. She had been treated badly from unkind neighbors and had to leave her hometown with unbearable shame. She had no choice but leaving her little girl with her old mother, knowing the elder is in poor health. Cream’s grandmother suffers from high blood pressure and knee pain. The girl’s mother relocated to a new place where nobody knows about her health problem. She works as a low-wage laborer and earns very little. She sends some money back to her mother in supporting the girl’s general expenses. Not having enough for two, the old lady also takes any odd jobs available in the neighborhood but it’s not easy to get regular jobs. Sometimes, she has to wander into the wood searching for any items found and trade them for food. As a non-Thai person, she is not entitled to senior’s monthly allowance from government nor free medication/hospitalization. Not being able to afford doctor visits and medical care makes her life even more difficult.

When the girl was two, her grandmother took her to the local nursery where the poor soul had to face the terrible situation in regard to her parents’ disease. The other kids’ parents and guardians, with fault understanding, showed hatred towards the girl as they were worried that the disease could be passed to their children despite the teachers’ effort in explaining the right medical information to them. With a doctor’s advice, the girl was taken to go for blood test which result proved she is disease-free. The social criticism then started to fade. Later on, Cream fell ill and was admitted to hospital for 3 weeks. It was another struggling time for the family as her mother was jobless and had no money. Having a strong survival instinct, the girl’s grandmother did everything she could so everyone had something to eat.

Cream and her grandmother

Cream lives here, a house with no windows, which condition is too poor to raise a child in

Children are like the growing tree. For them to grow beautifully, it is our job to nurture them well… your kind heart fills the missing pieces in their lives…

600 Baht is probably not enough for New Year celebration, it definitely makes changes into a child’s life who are now suffering from poverty. Your ongoing contribution of 20 Baht per day per child (or 600 Baht per month per child) brings food to the children’s plates, makes their lives more possible to attend school, gives them regular health checkup, and lifts their lives up.

Giving an opportunity to an underprivileged child to grow up beautifully is one best gift you can give. It is also another way to follow our beloved late King Bhumibol Adulyadej’s footsteps.

Give life, help those in need, give the little ones opportunity to grow beautifully
Please bring sunshine into somebody’s life, sponsor a child